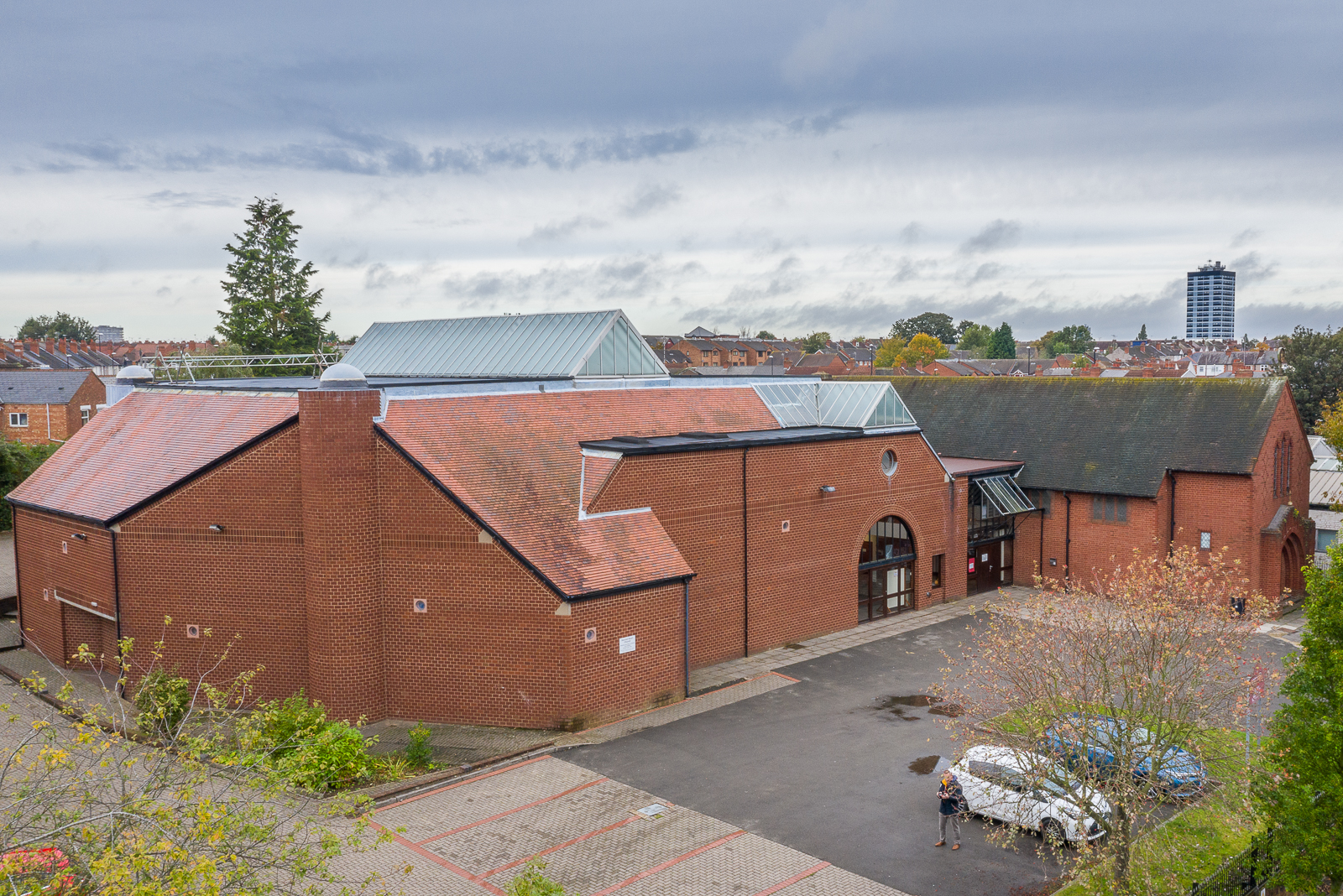 The parish of Sacred Heart is situated about two miles northeast of Coventry city centre. Its origins can be traced back to 1922 when Fr Joseph Walsh the parish priest of St. Mary’s, one of our two neighbouring parishes, (the other now being St John Fisher) was asked to undertake the building of a new parish in the Stoke area of Coventry.

A large council housing estate was developing at the time and the old ‘Peel-Connor’ factory (later to become GEC and then Marconi) had decided to transfer production from Salford in Lancashire to the Stoke Heath area of Coventry, together with the provision of its own housing estate for employees. In 1924, the new school opened in the grounds of the present church. It consisted of four classrooms with a cloakroom at either end along the front. From the centre of the rooms was attached a hall with sliding doors at the top end. Beyond these doors was our first church. On Sundays the sliding doors were opened to accommodate the congregation for Mass.

Around Christmas of 1928 Archbishop Williams appointed Fr Bernard Hayward to be our parish priest and a house was found for him in Harefield Road. Soon afterwards the church of the Sacred Heart was built. The parish grew rapidly. In 1976 the school moved to its present site close-by in Brays Lane, and the present church was built on the old school site in Harefield Road adjoining the church built in Fr Hayward’s time and which is now the Parish Hall. It is of an open-plan design, which can seat approximately 400 people.

There is a varied mix within the parish incorporating a wide spectrum of worshippers, with attendance over the Sunday Masses averaging 650. Housing is mainly private, with a very small proportion being quite affluent, together with a moderate amount of council housing including areas of social disadvantage, which need greater acknowledgement. This reflects a level of social and economic difficulty in this part of Coventry which is higher than that seen nationally. Employment trends reflect the same mix.

The parish is actively supported by parishioners and enjoys a close relationship with the school. It has a well-deserved reputation for being   friendly, illustrated by an unselfconscious habit, accepted by all ages, of holding hands during the ‘Our Father’. In recent months, we have welcomed into the parish a notable number of new parishioners from a range of ethnic minorities who are contributing greatly to the life of the parish. This is a new experience for us requiring that we positively focus our sense of welcome.